The Blockchain is an Ingenious Invention – It is an incorruptible digital ledger of economic transactions that can be programmed to record not just financial transactions but virtually everything of value. The brainchild of a person or group of people known by the pseudonym, Satoshi Nakamoto.

By allowing digital information to be distributed but not copied, blockchain technology has created the backbone of a new type of internet. Originally devised for the digital currency, Bitcoin,  the tech community is now finding other Bitcoin has been called “digital gold” and for a good reason. To date, the total value of the currency is close to $112 billion. And blockchains can make other types of digital value. Like the internet (or your car), you don’t need to know how the blockchain works to use it.

However, having a basic knowledge of this new technology shows why it’s considered revolutionary. So, we hope you enjoy this, What Is Blockchain Guide.

How Does Blockchain Technology Work?

Information held on a blockchain exists as a shared — and continually reconciled — database. This is a way of using the network that has obvious benefits. The blockchain database isn’t stored in any single location, meaning the records it keeps are truly public and easily verifiable. No centralized version of this information exists for a hacker to corrupt. Hosted by millions of computers simultaneously, its data is accessible to anyone on the internet. 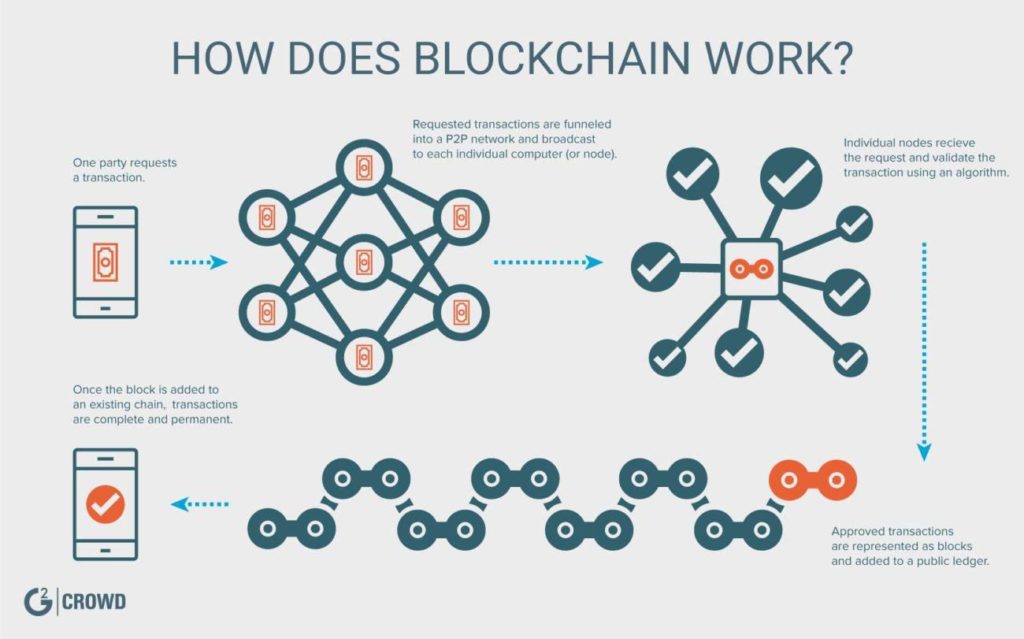 It's Design and Benefits

Despite all the media hype about the rise, blockchain technology is still in its infancy, meaning it’s an ideal time for designers to step in and help build new systems. Here are some tips for Initial Designers to get started thinking more deeply about blockchain, the unique experiences the technology enables, and how it could be integrated into our everyday lives.

How do we design for such complex systems?

There are multiple design philosophies on the Internet, but in principle we believe there are few important to consider before a starting to create an blockchain application design : 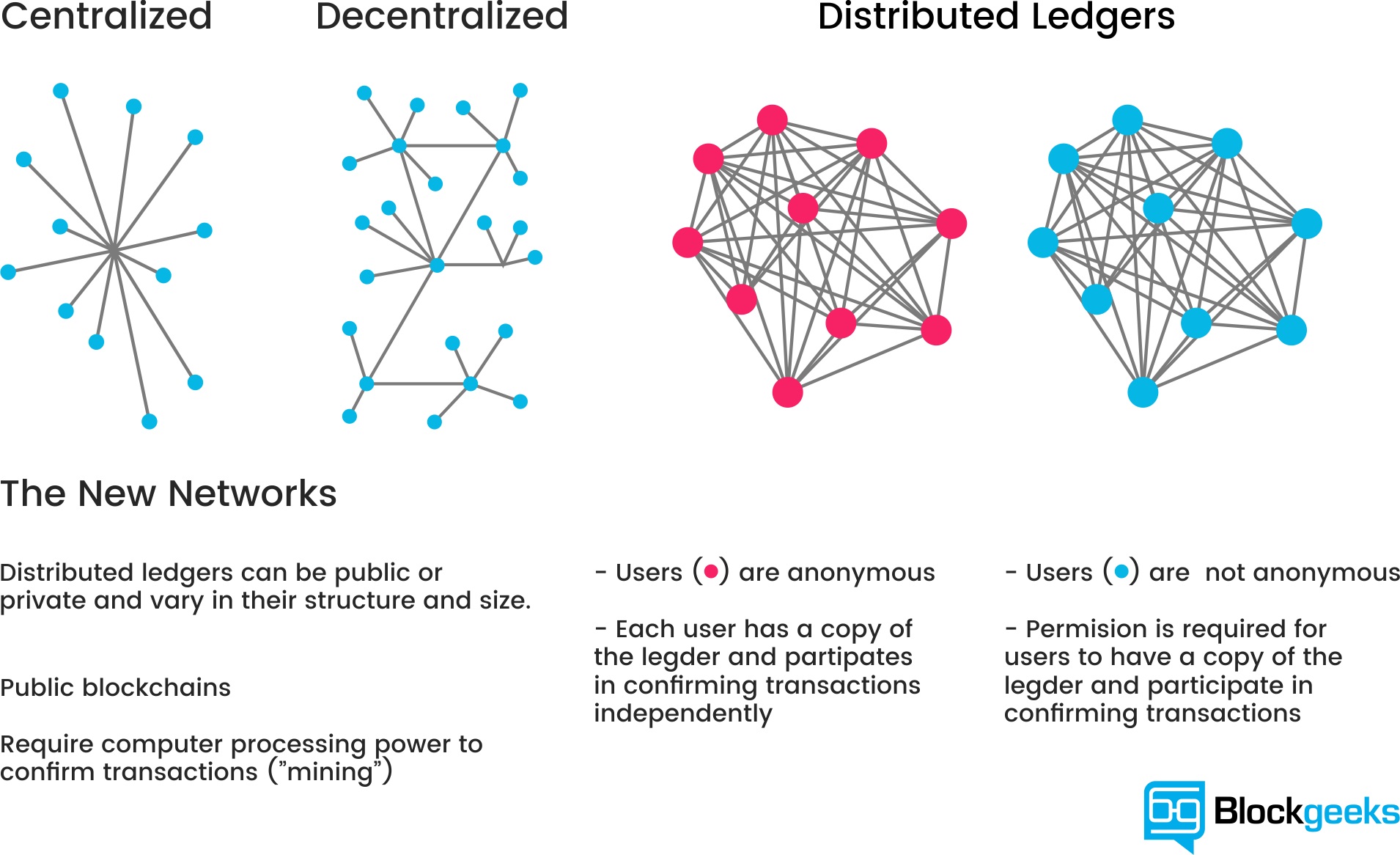 Basic Principles to be considered for a Blockchain Design? Exposure - The idea of decentralization

By design, the blockchain is a decentralized technology for anything that happens on it is a function of the network as a whole. Some important implications stem from this. By creating a new way to verify transactions, aspects of traditional commerce could become unnecessary. Stock market trades become almost simultaneous on the blockchain, for instance — or it could make types of record keeping, like a land registry, fully public. And decentralization is a reality. 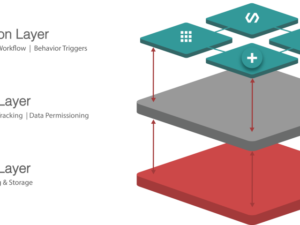 Decentralization means the network operates on a user-to-user (or peer-to-peer) basis. The forms of mass collaboration this makes possible are just beginning to be investigated.

Replacing established processes and systems with a black box can be disconcerting to a lot of users, especially when involved in moving large assets. Some people want to see and understand how blockchain technology is replacing their previous processes.

In order to create trust in the new technology, the user needs to understand and see how the application processes work. We want to help the user understand how blockchain is working for them to improve their processes, such as data visibility, audit trails, and provenance.

Blockchain technology is like the network in which it has a built-in robustness. By storing blocks of information that are identical across its network, the blockchain cannot:

With so many entities interacting along supply chains with different statuses and documents, It takes a lot of effort to visual design the system. With the consolidation of information into the blockchain, visual identity of assets and status become vital to usability. Empowering the user to carry out their tasks efficiently without overwhelming them is key.

User experience must be visually consistent across different products. This includes the general layout of the applications, colors, icons, and typography used for the user interface.

Leveraging common design patterns results in a reduction in the amount of learning required by the user. Having a consistent design allows puts users at ease, and it enables adoption and learning—which is so important, particularly with new technologies like blockchain.

Communication and Trust - Transparent and incorruptible

The blockchain network lives in a state of consensus, one that automatically checks in with itself every ten minutes.  A kind of self-auditing ecosystem of a digital value, the network reconciles every transaction that happens in ten-minute intervals. Each group of these transactions is referred to as a “block”. Two important properties result from this: 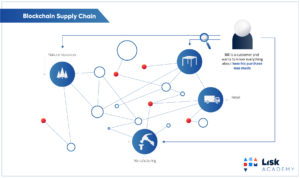 While many blockchain applications are similar to commonly understood technology solutions, they can be significantly different. The understanding that we’re designing a platform that can have a wide range of user types entering at different stages of the process. Some of these users are highly analytical and technical, looking for fine-grained detail, while others just have simple tasks to carry out.

Knowing our users is central to the process, especially operating cross-border. The language used in the applications should be clear, concise, and in alignment with the user’s natural communication patterns.  Because the very definition of blockchain is distributed, designing user interfaces with internationalization in mind is key.

Addressing Trust: When dealing with highly sensitive data, maintaining the user’s trust is critical. Users must perceive the applications to be reliable, trustworthy, and stable. This is accomplished through data exposure, consistency, feedback, and active guidance. Designing this into a products means providing the user with clear feedback and active guidance through the task at hand.

Examples of how to apply this principle:

To summarize, designing an interface for leveraging blockchain technology is an exciting challenge and a totally new experience. The closer you get to it, the more it opens up a new set of possibilities. In many ways, blockchain technology brings a real transformation, and when aligned with design thinking could be a catalyst for a new wave of user experiences that may very well change how users interact between themselves and via applications.

It’s important to appreciate the effect this will have on our users and their day-to-day tasks. There’s always a danger of alienating the user when introducing new ideas and concepts, so it’s critical to have them at the center of the process. Having a strong set of principles at the core of the design process helps with this—and it focuses the team’s thinking.

The Future of Blockchain Technology?

The blockchain gives internet users the ability to create value and authenticates digital information. What will new business applications result?

Blockchains take this interest to the next level, potentially creating crowd-sourced venture capital funds.  In 2016, one such experiment, the Ethereum-based DAO (Decentralized Autonomous Organization), raised an astonishing $200 million USD in just over two months. Participants purchased “DAO tokens” allowing them to vote on smart contract venture capital investments (voting power was proportionate to the number of DAO they were holding). A subsequent hack of project funds proved that the project was launched without proper due diligence, with disastrous consequences.  Regardless, the DAO experiment suggests the blockchain has the potential to usher in “a new paradigm of economic cooperation.”

In conclusion - Blockchain is definitely going to be one of the most sought after Technologies in Future and business revenues estimated to be in Trillions of Dollars.

Darlene Mar 24th, 2020
I could not resist commenting. Perfectly written!

Somish Feb 29th, 2020
The way emerging Blockchain Technology changing the business model of the corporate world around the globe. I must say the emerging blockchain startups have a great potential to grow in the nearby future.

Jubilee Shoals Jan 13th, 2020
I hope that you won't stop writing such interesting articles. I'm waiting for more of your content. It's so good that i'm going follow you.

Chrity Cheney Apr 24th, 2019
Thanks to the terrific guide

Main Moderator Feb 26th, 2019
Hello Atasi - If you wish to promote your learning programs on Witanworld. Please register to Witanworld or alternative mail your requirements to mktg.dept@witanworld.com

Main Moderator Dec 30th, 2018
Thank You Randy - We welcome you to join Witanworld & explore a completely new spectrum of Knowledge Based Networking.

Randy Ward Dec 29th, 2018
Thanks for sharing this beneficial article with us. Keep sharing.

Main Moderator Oct 14th, 2018
Dear Jan, Thank you & our team has visited janzac.com. We feel there are lot of opportunities to collaborate & we can help improve your visitor experience. I have personally dropped you a note, and once you reply back. we can take this conversation forward. I invite you also to register on Witanworld. Together, we can make a difference. Regards Witanworld - Moderator

Jan Zac Oct 14th, 2018
Hello , I saw your tweets and thought I will check your website. Have to say it looks really nice! I'm also interested in this topic + have recently started my journey as young entrepreneur. I'm also looking for the ways on how to promote my website. I have tried AdSense and Facebok Ads, however it is getting very expensive. Can you recommend something what works best for you? Would appreciate, if you can have a quick look at my website and give me an advice what I should improve: http://janzac.com/ (Recently I have added a new page about Rockwall Investments and the way how normal people can make money with this company.) I have subscribed to your newsletter. :) Hope to hear from you soon. Regards Jan Zac 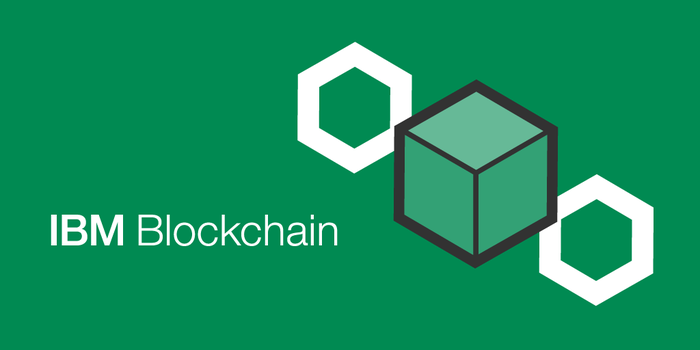