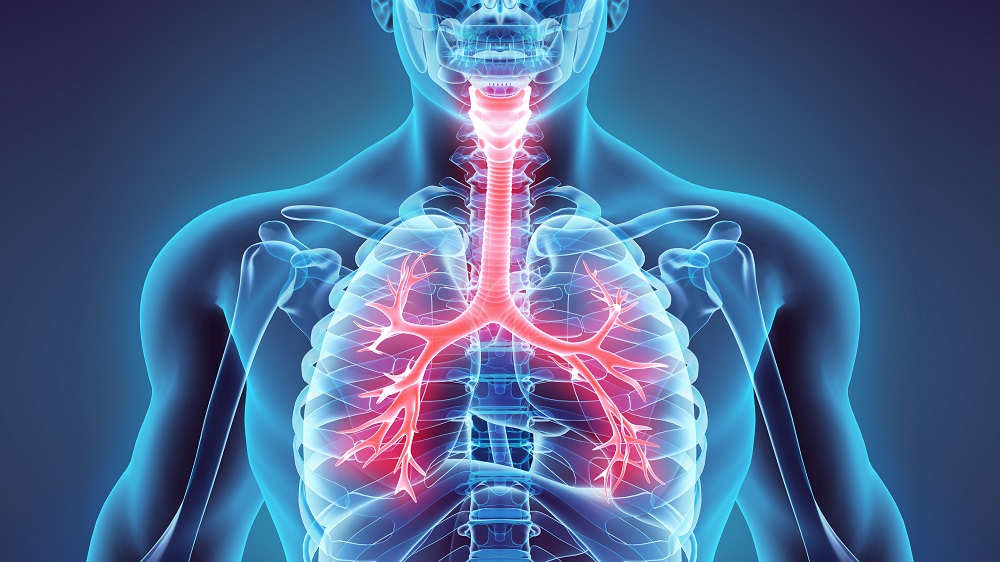 “Respiratory disease” is a term that encompasses a variety of pathogenic conditions that affect respiration in living organisms. Respiration makes gas exchange possible in higher organisms. The gas exchange involves taking oxygen into the body and expelling carbon dioxide. The respiratory disease occurs in the respiratory tract, which includes the alveoli, bronchi, bronchioles, pleura, pleural cavity, trachea and the nerves and muscles of breathing. Respiratory diseases may be caused by infection, by smoking tobacco, or by breathing in secondhand tobacco smoke, radon, asbestos, or other forms of air pollution. Respiratory diseases include asthma, chronic obstructive pulmonary disease (COPD), pulmonary fibrosis, pneumonia, and lung cancer. Also called lung disorder and pulmonary disease.

There are three main types of respiratory disease:

Treatment can ease symptoms, prevent complications, and generally slow disease progression. Your healthcare team may include a lung

Bronchodilators are medications that help relax the muscles of the airways, widening the airways so you can breathe easier. They’re usually taken through an inhaler or a nebulizer. Glucocorticosteroids can be added to reduce inflammation in the airways. To lower risk of other respiratory infections, ask your doctor if you should get a yearly flu shot, pneumococcal vaccine, and a tetanus booster that includes protection from pertussis (whooping cough).

Oxygen therapy- If your blood oxygen level is too low, you can receive supplemental oxygen through a mask or nasal cannula to help you breathe better. A portable unit can make it easier to get around.

Surgery- Surgery is reserved for severe COPD or when other treatments have failed, which is more likely when you have a form of severe emphysema. One type of surgery is called bullectomy. During this procedure, surgeons remove large, abnormal air spaces (bullae) from the lungs. Another is lung volume reduction surgery, which removes damaged upper lung tissue. Lung transplantation is an option in some cases.

Medications- Medications can reduce symptoms and cut down on flare-ups. It may take some trial and error to find the medication and dosage that works best for you. These are some of your options:

Management of respiratory diseases: What’s ahead?

Researchers are working on new therapies to treat the symptoms of chronic obstructive pulmonary disease (COPD), like shortness of breath, lung inflammation, and chronic cough. Some are already available, while others are still being tested.

As the air sacs in your lung get larger, your lung can fill with too much air every time you breathe in. In some patients with overaerated lungs, if a portion of the lung is removed, they may feel a lot better. There’s less trapping of air. Because of that, the standard treatment has been to take out the damaged part of your lung with surgery, but valve surgery is now another option. Your surgeon can use a bronchoscope to put a one-way valve in your airway. This allows the overexpanded part of your lung to release air out of the airway, but not to let air in.

COPD medications, like long-acting beta-2 agonists (LABAs) and long-acting muscarinic antagonists (LAMAs), can be used together to offer more relief of your symptoms. Both types of drugs make your airways smaller. You could start out with a LABA and add a LAMA later, but you should not hesitate to start treatment with both as a combination. You can now get combinations of all of your drugs in one inhaler, so it’s a more convenient way to deliver your medication.

If your COPD symptoms have affected your quality of life, led to too much weight loss, or you’ve become weak and less active, pulmonary rehabilitation may help. In pulmonary rehab, you learn how to exercise, get the right vaccinations, and get nutritional counseling. It’s not something you have to do indefinitely. It’s maybe three times a week, usually for an hour. You can work out on the machines and weights with a trainer. A lot of people with COPD really benefit from these programs.

Doctors can use blood tests to divide people with COPD into smaller groups to prescribe more targeted treatments for them. For example, one group includes people with eosinophilia, a high number or percentage of white blood cells called eosinophils in their blood. Eosinophilia is more common in asthma, but some people with COPD have a high amount of these white blood cells, too. If your levels are above 300, a new group of biologic drugs called IL-5 antagonists might work well for you.

Emphysema is one of the major health problems involved in COPD. Over many years, your lungs become damaged and diseased. Sacs inside them called alveoli grow too large. Their tissue breaks down, and that causes severe shortness of breath. The idea behind this therapy is that you take stem cells and use them to create new alveolar cells. It’s going to become a reality for treating COPD, but we’re not there yet.

Inhaled corticosteroids are commonly used as an anti-inflammatory treatment for COPD. Combined with bronchodilators (which open the airways of the lungs), they were shown to improve lung function, reduce disease progression, and increase the quality of life, compared to single therapy. NSKIs are a new class of kinase inhibitors that suppress specific protein kinase families at the same time. Researchers have evaluated the effectiveness of RV1088 and RV568 (identified by RespiVert) to suppress inflammatory cytokines in airway cells taken from COPD patients. The results were compared with the effects of a conventional corticosteroid and of three single kinase inhibitors — doramapimod, Sprycel, and R343. Both NSKIs were found to be more effective in suppressing the production of inflammatory cytokines than the other therapies. Their study has demonstrated that NSKIs are promising candidates for the development of urgently required anti-inflammatory COPD therapies. They believe that these preclinical findings introduce RV1088 and RV568 as promising new therapies for COPD. These compounds are currently being developed in a clinical program to be tested in patients in future clinical trials.

The Future of Lung Cancer Care Is Combinations

Immunotherapy revolutionized the way we treat cancer. And now, researchers are using drugs to help jumpstart the immune system alongside chemotherapy to keep treatment moving forward. Cutting-edge clinical trials are monitoring how well these combinations work in patients with non-small cell lung cancer. In one of the features, these trials are discussed in more depth — the agents used, which protein or mutation they target, and, most important, how patients are faring. So far, researchers have seen positive results, and they are learning more about toxicities that can plague patients. One of those patients shares her journey with stage 4 disease that spread to her lymph nodes, bones, and vertebrae. Finding the last spot in a combination immunotherapy clinical trial that was testing investigational therapies, she took a chance, despite her fears, and qualified. 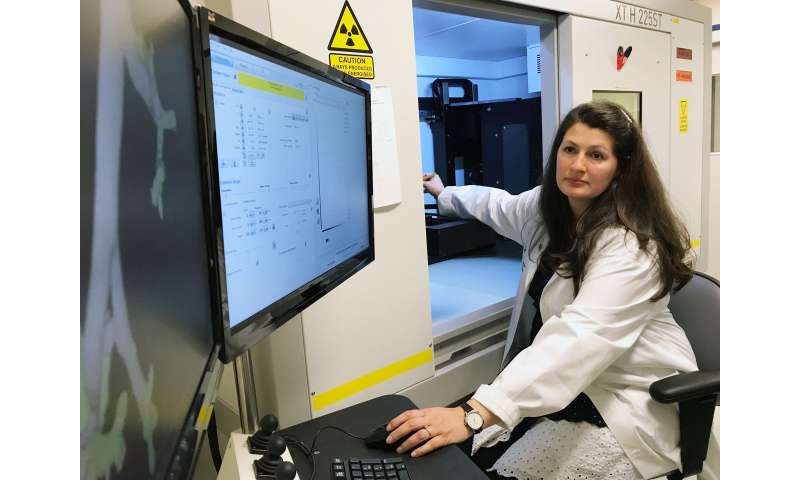 Permanent lung damage caused by chronic obstructive pulmonary disease (COPD) starts much earlier than previously thought, even before patients are showing symptoms. These are the findings of a new study recently published in The Lancet Respiratory Medicine. The breakthrough discovery, led by Dr. Tillie-Louise Hackett, associate professor in the University of British Columbia’s faculty of medicine, will dramatically change how patients are treated for COPD, the leading cause of hospital admissions in B.C. and Canada.
The new findings also suggest previous large clinical trials testing new COPD treatments may have failed because patients already had substantial lung damage. If the same drugs were tested on patients with more mild forms of the disease, and less tissue damage, the results could be very different. A key molecular player has been identified by scientists in a sub-type of lung cancer which could lead to a new way to tackle the disease. Based at the University of Cambridge, UK, Cancer Research funded scientists have discovered lung squamous cell carcinoma (LUSC) cells containing high amounts of a protein called BCL11A. This discovery has the potential of finding a new way to treat lung cancer. The study showed that manipulating the gene responsible for the protein stopped the development of LUSC in a mouse model of lung cancer disease. The study also revealed a signaling pathway that BCL11A was involved in, as well as a potentially druggable target, called SETD8. Targeting this molecule both genetically and with early forms of drugs, selectively targeted LUSC cancer cells growing in the lab. These breakthrough discoveries have led to further funding being granted by Cancer Research UK to facilitate the development of a drug to target the protein, which could one day lead to a new treatment option for some people with lung cancer.

17 thoughts on “Respiratory Diseases – Future of Lung care and Treatments” 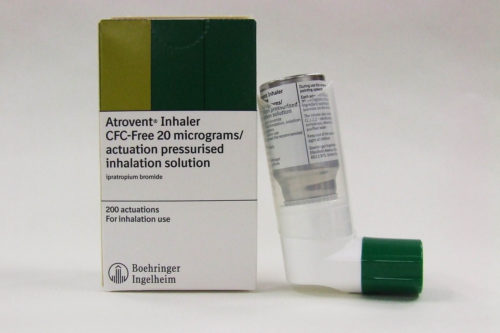 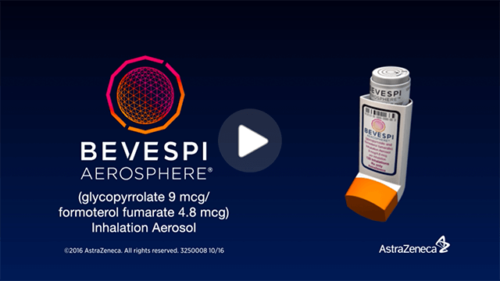 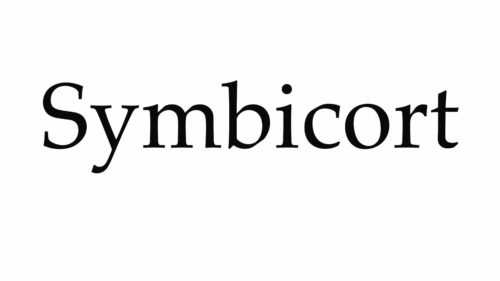 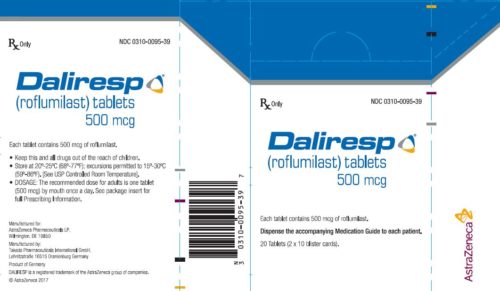