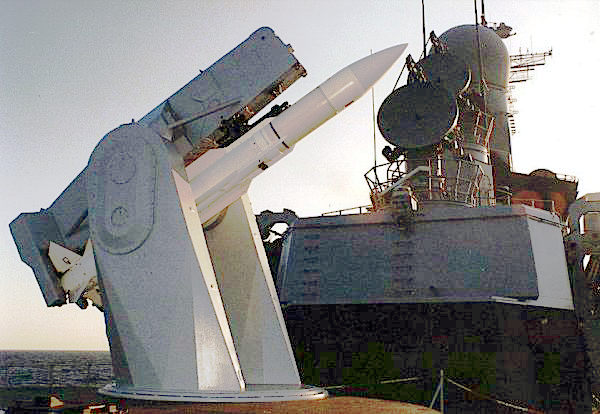 A radar system that provides information used to guide a missile to a hostile target is called Guidance Radar.

A guidance and fire-control radar (FCR) is a radar that is designed specifically to provide information (mainly target azimuth, elevation, range and range rate) to a fire-control system in order to direct weapons such that they hit a target. They are sometimes known as targeting radars, or in the UK, gun-laying radars. If the radar is used to guide a missile, it is often known as an target illuminator or illuminator radar.

A typical fire-control radar emits a narrow, intense beam of radio waves to ensure accurate tracking information and to minimize the chance of losing track of the target. This makes them less suitable for initial detection of the target, and FCRs are often partnered with a medium-range search radar to fill this role. In British terminology, these medium-range systems were known as tactical control radars.

Most modern radars have a track-while-scan capability, enabling them to function simultaneously as both fire-control radar and search radar. This works either by having the radar switch between sweeping the search sector and sending directed pulses at the target to be tracked, or by using a phased-array antenna to generate multiple simultaneous radar beams that both search and track.

Missiles use radar to intercept targets in three basic ways:

How does a Missile Control Radar Work

Active radar homing (ARH) is a missile guidance method in which a missile contains a radar transceiver (in contrast to semi-active radar homing, which uses only a receiver) and the electronics necessary for it to find and track its target autonomously.

Passive Radiation Homing (PRH) Many missiles employing passive homing have an additional capability: if the target does attempt to use noise jamming, the missile can home in on the target's radiation passively (home-on-jam). This makes such missiles practically immune to noise jamming.

The factors that drive growth for the Military Radars Market include the modernization of the existing military technology across the world. There has also been a growing importance for automated systems that require little or no human intervention. This is another driver for the growth of this market. Meeting the high demand for these systems is a challenge faced by this industry.

The market also throws up several opportunities with regard to a large number of technological enhancements in the form of advanced radar technology.

North America is the dominating market in terms of market share due to the increasing investments made by the government to upgrade radar systems in the military. North America is followed by Asia Pacific. Asia Pacific is expected to have the highest growth rate. Europe is the third largest market is expected to grow at a faster pace in the future as it is reviving from an economic crisis.