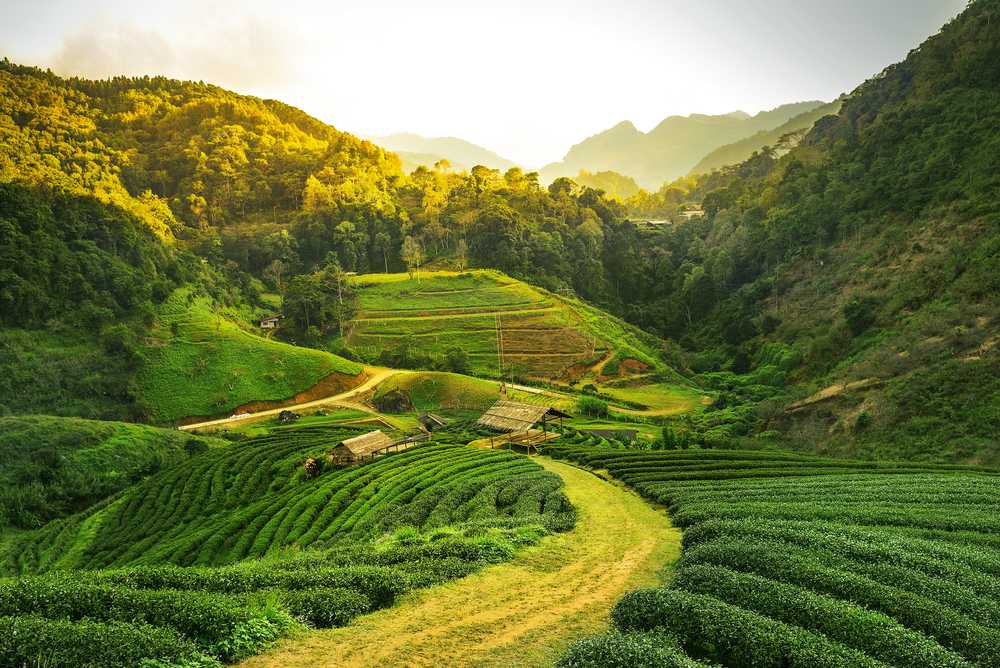 A brief introduction to the seven states of North East Region.

The name 7 sisters was given in 1972. It includes the seven states of North East India. Arunachal Pradesh, Assam, Meghalaya, Manipur, Mizoram, Nagaland and Tripura. Also Sikkim is called as the only brother among seven sisters.

Chicken’s Neck: The Siliguri Corridor is a 20 kilometer wide stretch of land, which connects India’s north eastern states with the rest of the country. It shares borders with Nepal and Bangladesh. The area is heavily patrolled by India’s security agencies.

Arunachal Pradesh: ” The Land of Rising Sun”. Sun rises 2 hours earlier at the place. Snow capped mighty Himalayas, Home to the famous Tawang monastery it is the India’s largest and the world’s second largest Buddhist monastery. Check out Ziro Valley.

Assam: India’s first all refinery, world-famous Assam Tea. Also, the state produces three type of Silk. One of which, Muga made with a golden fiber, is  produced in Assam. Visit Majuli “the largest river island in the world”, ‘Ant Hill Town or the Switzerland of the East’.

Meghalaya: In Sanskrit it is “The abode of the clouds” Visit Living Root Bridge- Cherrapunji. Meghalaya is known to be the wettest place on Earth. The average rainfall of some places of the state can reach up to 12,000 mm. Meghalaya is famous for celebrating the Wangala festival in the month of November every year.Also, meet Khasi community which is one of the few communities to follow matrilineal society where the wealth is passed from mother to daughter.

Manipur: “The Jeweled Land”. Loktak Lake in Imphal is the only floating lake in the world. Keibul Lamjao National Park is the world’s only floating sanctuary. Ading vividness and richness to the state are tall teak, pine, oak and uningthou trees, waterfalls, lakes, and streams in abundance. Manipur is also famous for the farming of tea, coffee, orange and cardamom.

Mizoram: Means” the land of the hill people” know for its caves, hills, rivers, lakes and valleys. The Phawngpui Hills is known to be the House of the Gods. Also, visit Blue Mountain National Park. The state is covered by thick forests as but the state frequently follows the Slash and burn cultivation method. Travel here to a peaceful and quaint time on the top of the slopes.

Nagaland: The most north eastern region of India, Nagaland is known for its zillion tribes,  Nagaland is highly dependent on agriculture for food and employment. Ninety per cent of the Nagaland population is employed in the agriculture sector. Also known as the “Land of Festivals”. Attend Hornbill Festival it provides a glimpse of all the festivals celebrated across the year by the tribes.

Tripura: Tripura is the third smallest state of India meaning three cities in Sanskrit, is linked to the famous deity Tripura Sundari. It was ruled by Manikya dynasty for several centuries which had unbroken chain of 184 kings before its independence. Tripura is heavily guarded by mighty mountain ranges like the Shakhan, Jampui Boromura, Atharamurat and the Longtharai hills. The region is majorly covered in forests in which the bamboo and perennial grasses can be seen conveniently leaving only a small portion of land available for cultivation. Visit Unakoti which showcases one less than a crore number of carvings of Hindu deities.

Cuisine of North East India that will make you drool

The staple food of the Northeast Indian population is rice served with spicy meat, fish and green vegetables. They eat a variety of non-vegetarian dishes that comprise of duck, pigeon, mutton and chicken. The local delicacies include Jadoh, Aakhol Ghor, Momos and Pickled Bamboo Shoots.

Northeast India can be visited all year round and every season has its flavor. The perfect months for visiting the north-eastern states is from October to March. Avoid the rainy showers and visit the states in the months of winters and summers as roaming on the streets and exploring the beauty in pleasing and refreshing weather is considerably easier.

The beauty of the North Eastern States of India have always been talked about and has been kept under the cover of nature. The state has lot to offer, from having the cleanest village in Asia to India’s oldest oil refinery in Assam, and you know where the fun lies? Mostly all the seven sisters have international boundaries.

Forget work from home. In India, work from mountains