‘A Bizarre Advertisement’ – destined to ‘BUZZ’ 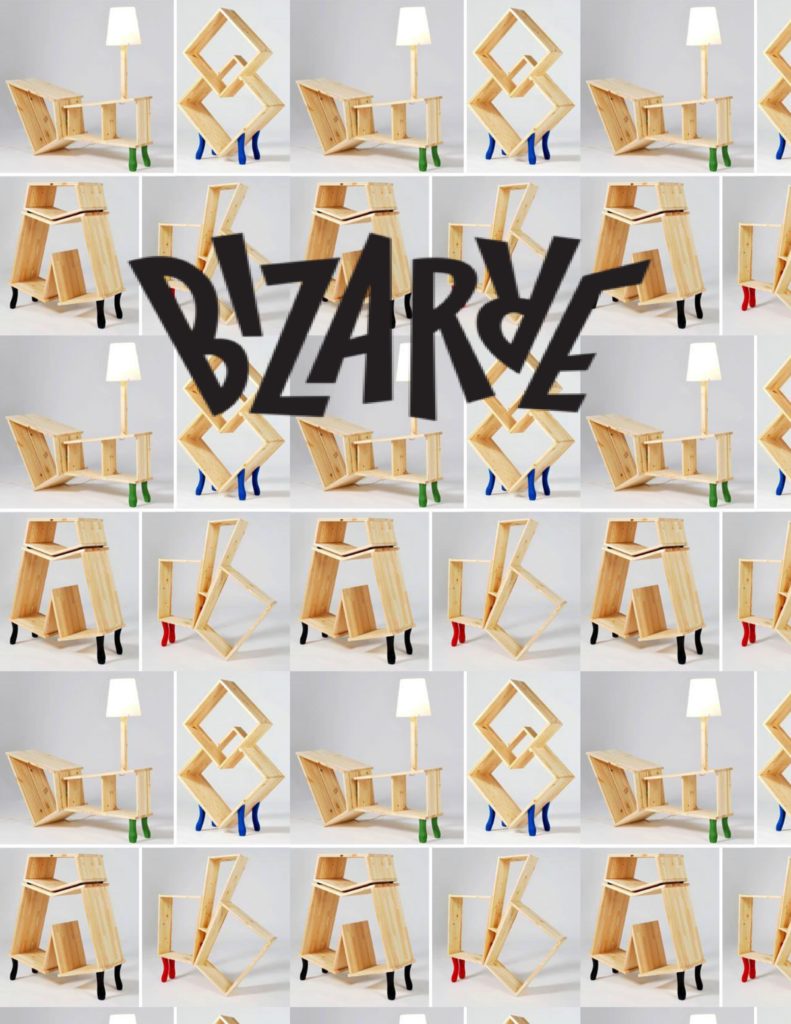 In era of Marketing 4.0, only the Brands that acquire the heart share of their consumers, community and society at large will sustain.

Can you think of some brands which acquired your heart share in the recent times??

One Brand that has always acquired my heart share is IKEA, the leading Swedish homeware giant. IKEA – an innovator and pioneer went too bizarre with this print ad turning a 2×2 Magazine Page into a medium for Pregnancy test’s !

IKEA Pee Ad – Watch it and get blown:

Ad Morale: Pee on this Ad. If You’re Pregnant, it will give you a Discount on a Crib.

IKEA is a champion when it comes to grabbing attention from the media and public with its clever, relevant, and creative campaigns. IKEA Pee Ad only reaffirms this which is a part of Ikea’s ongoing “Where Life Happens” theme for domestic advertising.

IKEA Pee Ad that ran in Sweden urging women to pee on the ad to know if she is pregnant or not. If she is then the ad reveals a hidden text showing a discounted rate on a baby crib.

Åkestam Holst is the agency behind the idea and Mercene Labs behind the tech for the ad. Just so you know, they tested the tech and ad multiple times with pregnant women’s urine samples. We feel this is such a cool, private (without making women feel uncomfortable) and interesting way to offer an affordable solution to pregnant women.

The Ad Story Board:

Ikea, the Swedish homeware giant, has come up with a novel way to get would-be parents streaming through the doors to the company’s cavernous outlets – a magazine advert for baby cribs that doubles as a pregnancy test.

Ikea is encouraging the possibly pregnant to pee on the ad in its latest catalogue, the paper of which contains similar technology to a pregnancy test. If the test is positive, then the ad reveals a special discounted price on cribs.

” Would you pee on a magazine ad to get discount? IKEA is asking women to do exactly that”

International furniture brand IKEA has gone where few advertisers would dare. In a world with rapidly shrinking attention spans, brands seem to be pulling all sorts of bizarre tricks out of their hats to stand out. The latest contender is the Swedish company IKEA, which is known for its ready-to-assemble furniture.

In a Swedish publication, Amelia Magazine, an IKEA ad featured a baby’s crib with the text: Peeing on this ad may change your life. Basically, the interactive advert doubles up as a home pregnancy test. If the result is positive, the woman is eligible for a discount on the IKEA crib.

Intrigued to know more about the creative process behind such an out-there idea, LBB’s Addison Capper spoke with Magnus Jakobsson, executive creative director at Åkestam Holst.

LBB> What was the initial brief like from IKEA for this work and what were you thinking when you first saw it? Or was it more a case of the idea leading the brief?

MJ> The pee ad was basically a retail ‘appendix’ to a larger brand concept brief. But as with most of our work for IKEA we are constantly looking to see beyond the boundaries of media, and ask ourselves what it CAN be within these boundaries. In this case: can it be more than just a retail ad and still fit our overall brand concept ‘Where Life Happens’? Turns out, it could. That’s also what I like about it; it’s breaking all the rules, but is within the boundaries of both media and brand concept.

LBB> What was the inspiration behind this idea? How early on did the concept of a print ad to be peed on come into the conversation?

MJ> The idea itself was actually presented as early as a year ago, in the beginning of 2017. It was part of a bigger presentation. After that, we had to make it happen. That’s when we turned to medical tech lab Mercene Labs, who helped us develop the technology for the ad. Naturally the technique is similar to a traditional pregnancy test, but it had to be developed separately to function as we wanted – as an ad highlighting a better price if you’re pregnant.

LBB> What was the client’s reaction when you pitched it?

MJ> They liked it. It fits perfectly into our overall brand concept, ‘Where Life Happens’. A concept rooted in understanding and helping people in all phases of everyday life. And it’s a really innovative way to make people think of IKEA when they are planning or thinking about having kids.

The two most significant factors leading to any creative board, the advertisement strategy are 'Market Facts' & 'Market Appeal'. IKEA has always pioneered the market with its out of the box advertising strategies. 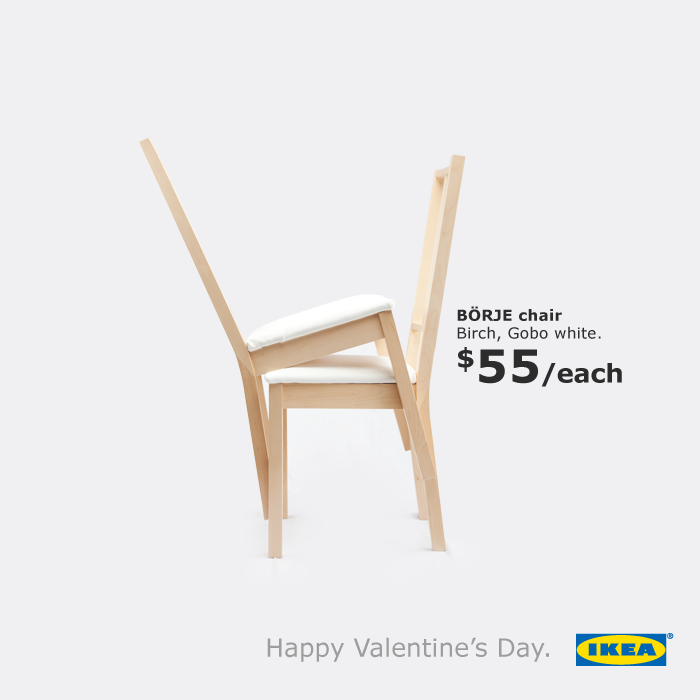 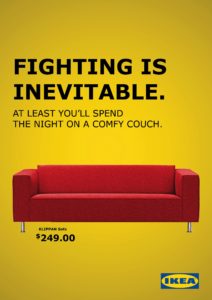 Fact: Approximately 4.2 million moms were blogging in 2017, according to eMarketer data published by Punchbowl which saw an increase of 14% from 2012. But indicating a saturated market, the total volume of mom blogs has been static for the past five years. Perhaps that’s why IKEA decided to go bold with their mom-targeted campaign. Hence targeting a larger heart share (The W from YAWN)

IKEA has been rewarded with a slew of buzz for this bold campaign. This campaign is genius. The ad is not about IKEA, the crib or the price. It brings the female reader to the center of the message, also also anticipating earned media launched by the brave women who pee for their discounts. After all, a woman who just learned she’s pregnant via an IKEA ad is likely to tell her universe of followers.

For young couples (also targeting the Y of YAWN) in search of affordable furniture that will last through the early years of their partnership, IKEA is already a strong brand. The IKEA pee campaign strengthens this connection

Appeal: It is not only an essential marketing strategy but a best practice that marketers,  should be familiar meaningful way to captivate the target audiences.  This marketing tool is named as 'Appeal' and it serves as great tool for preparing marketing assets whether written or visual.

The 5 types of Marketing Appeals:

Ikea is no stranger to unique baby-themed promotions. The company discovered a crafty way to use print to drum up some organic buzz online, increasing the reach of the campaign. The innovative move fits well into the brand's ongoing "Where Life Happens" campaign, which intends to shine a light on ordinary, relatable moments in families. It also reminds customers about the brand's Ikea Family loyalty program.

It's indeed a neat and 'humorous' move by Ikea to get potential parents through the doors of its cavernous outlets.

Before we end some more tickling ads from IKEA- 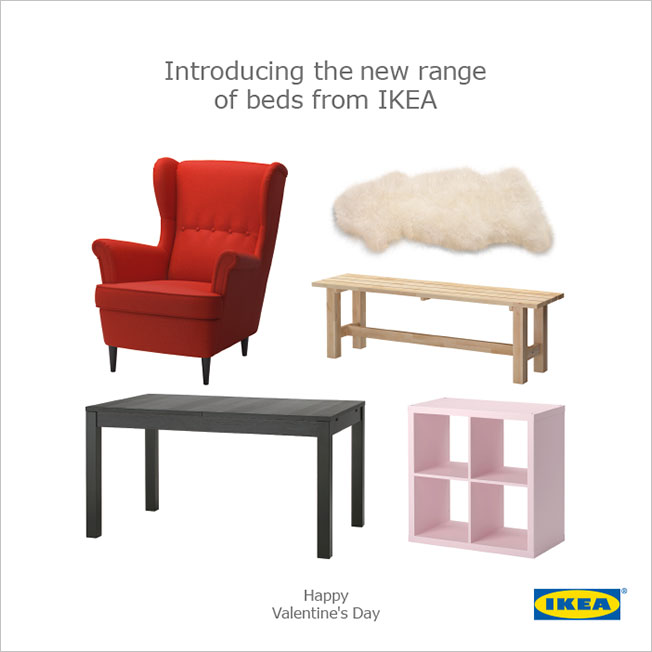 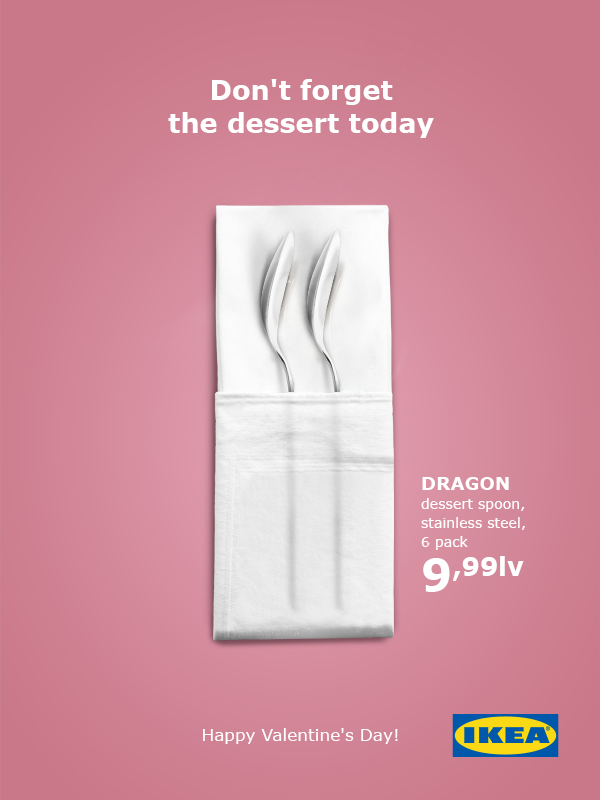 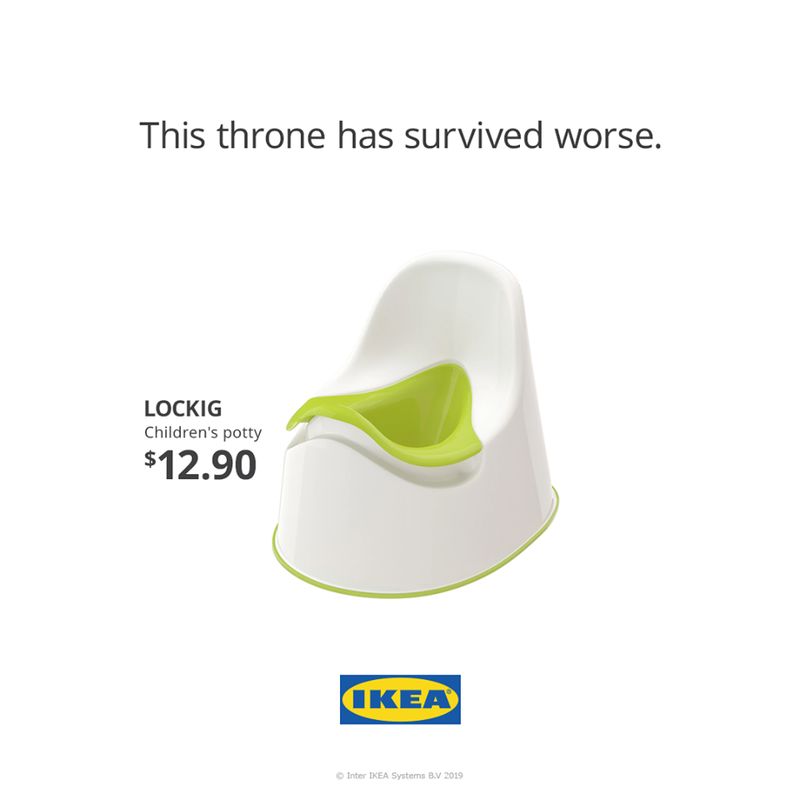