LEO Satellite is one of the new concepts in space race, LEO Satellites primarily orbit between 500 to 2,000 kilometers from Earth. These satellites offer faster communications due to lower latency and often provide higher bandwidth per user than GEO satellites do — even more than cable, copper, and pre-5G fixed wireless.

LEO satellites are generally less costly to place as they require a less rocket power to place. As compared to geosynchronous orbiting satellites at 36,000 km, LEO travel through a much denser atmosphere and thus experience far more aerodynamic drag. This means they require more power to travel at higher speeds and make corrections to maintain their lower orbits. Where geosynchronous satellite orbits in time with earth rotation at about 3.06 x 103 meters per second an LEO satellite might travel at 7.78 x 103 meters per second, orbiting many times a day. The ISS orbits at 400 km and makes a full revolution round the earth about every 93 minutes.

Communication occurs through a constellation of LEO satellites; global coverage requires a large number of spacecraft. These concepts will require major changes in satellite operations, including manufacturing and the supply chain, since they ask more of a satellite and shorten its average life span (estimated to be about five years with Starlink, the SpaceX constellation, for example)

Traditional communications satellites have primarily been using Geo Stationary Earth Orbit or commonly know as GEO. Although costly, they are highly capable and have long service lives. Their altitude is more than 35,000 kilometers from Earth and it provides a wide field of view, allowing operators to cover most of the planet’s surface with three satellites spaced at appropriate intervals. Recent technological advances, including new high-throughput and reconfigurable designs, have improved both efficiency and performance.

Communication in LEO Concept occurs through a constellation of LEO satellites; global coverage requires a large number of spacecraft. These concepts will require major changes in satellite operations, including manufacturing and the supply chain, since they ask more of a satellite and shorten its average life span (estimated to be about five years with Starlink, the SpaceX constellation, for example).

Research suggests that convergence of forces that make both the development and the market success of large LEO-communication systems more likely now than in the past: technological advances, the emergence of new business models, better funding, and higher demand for low-latency bandwidth.

How does the Satellite Constellation Work

This contrasts with geostationary satellites, where a single satellite, moving at the same angular velocity as the rotation of the Earth's surface, provides permanent coverage over a large area.

Examples of satellite constellations include the Global Positioning System (GPS), Galileo and GLONASS constellations for navigation and geodesy, the Iridium and Globalstar satellite telephony services, the Disaster Monitoring Constellation and RapidEye for remote sensing, the Orbcomm messaging service, Russian elliptic orbit Molniya and Tundra constellations, the large-scale Teledesic, Skybridge, and Celestri broadband constellation proposals of the 1990s, and more recent systems such as O3b or the OneWeb proposal.

Talk of LEO satellites has spread through the industry. Companies such as OneWeb, SpaceX, LeoSat, and Telesat had all envisioned delivering broadband via hundreds, if not thousands, of LEO satellites. The megaconstellation movement had begun, and LEO was the talk among industry players around the world.

In the first quarter of 2019, Internet shopping giant Amazon announced that it was joining the fray under the name of Kuiper Systems, to revolutionize communications with its constellation of 3,236 satellites. But in the last quarter, Jeff Bezos’ announcement was eclipsed by the demise of LeoSat. The company lost its Series A funding and closed its doors, which came as a surprise to some, considering the support customers had for LeoSat’s network.

But what is the real state of play for LEO, and what do the analysts say? According to Northern Sky Research (NSR), two to three of the megaconstellations currently planned are expected to be successfully launched, even if partially, Over the next five years, more than 4,150 LEO birds are expected to be launched overall. NSR forecasts around 78 Tbps of usable capacity to be brought to the market by the major LEO constellations.

Success has a lot to do with the LEO business model, and as each constellation has a different model, each will face different challenges. The exits for LEO constellations can be expected at three main stages of their product lifecycle. The first exit is prior to getting the system in orbit, mostly due to lack of funding. The second exit is in the early years after launch, due to lack of enough net profits. This can be because of higher-than-expected costs, or a lower-than-expected addressable market. The third exit is in the mid- to long-term, due to challenges in keeping the system sustainable.

In the case of LeoSat, the company falls into the first exit stage, which is unfortunate as it managed to secure around $2 billion in soft commitments from customers, Sachdeva says.

“This emphasizes the fact that strong financial backing is critical for success for LEO constellations. SpaceX and OneWeb both have strong financial support, which will help them get their systems into orbit, even if partially,” she says.

Similarly, Amazon’s project Kuiper is expected to be financially strong, whether from outside funds or from being self-funded. However, questions remain as to whether these companies will successfully bypass the second and third exit stages.

“Overall, the outcome might be that some of these other constellations will follow LeoSat's fate, but that will most likely be for different reasons,” she says.

All of the prominent High Throughput Satellite (HTS) constellations have a different target and, in most cases, a unique strategy to achieve that target. SpaceX, for example, is planning to compete with terrestrial solutions by creating a similar network in space able to offer high throughput services. Its ultimate goal is to be successful in order to fund its Mars project. OneWeb’s primary business strategy has been to connect the unconnected with low-cost Internet. Telesat, on the other hand, plans to go after customers with a higher price tolerance, such as enterprises, government, and military markets, by offering them highly secure, niche services.

The main challenges common to all constellations are the significant amount of Capital Expenditure (CapEx) required, especially in the ground infrastructure costs, and being able to keep the prices low enough to be competitive in their desired markets.

Canadian satellite operator Telesat is developing Telesat LEO, an advanced constellation incorporating next-generation technology. Telesat plans for the network to have hybrid orbits, meaning satellites will be in polar and inclined orbits, balancing global coverage and capacity density. Each satellite will have capabilities, including on-board processing to route traffic which will improve link performance and increase capacity compared with a bent-pipe payload; direct radiating antennas that allow beams to be available where and when as required by customer demand; and optical Inter-Satellite Links (ISL) enabling full global mesh connectivity with a high capacity service anywhere in the world.

The network also has a proprietary System Resource Manager (SRM) to orchestrate all the elements in real time and guarantee contracted service levels, as well as a resilient ground network with 50 Landing Stations and multiple Points of Presence (PoPs) distributed globally that result in a Layer 2 Ethernet Software Defined Network (SDN) supporting the delivery of Ethernet services that are compliant with the Metro Ethernet Forum (MEF).

The company plans to offer services to the Polar Regions, from 55 degree latitudes and above, by the third quarter of 2022. Full global services are planned for launch by the second quarter of 2023. This means that Telesat expects to deploy 198 satellites, in a combination of polar and inclined orbits, by the first half of 2023. After that, an additional 100 will added by the end of the year for a total of 298 satellites in the initial constellation.

“Telesat will launch the polar satellites first, allowing us to complete our system testing and begin offering initial service in the northern and southern latitudes while we’re launching satellites into inclined orbits,” says Michael Schwartz, senior vice president of Corporate and Business Development.

For this constellation, Telesat has priority access to 4 GHz of Ka-band spectrum, which will be used to deliver multiple Tbps of capacity at a global level, hundreds of Gbps to high demand regions, such as the Caribbean or Mediterranean waters, and tens of Gbps to hotspots, including airports and seaports. Telesat has designed its constellation to provide significant amounts of capacity across the globe, with the ability to add more satellites to the constellation to meet additional market demand. “We believe that there is a massive market out there for global broadband connectivity. Some LEO systems intend to focus on consumer broadband applications, while Telesat intends to serve enterprise applications,” Schwartz says.

“There is a vast opportunity to expand 4G and 5G networks with the superior capacity, speed, resiliency and low latency of Telesat LEO. We have conducted successful 5G trials with Vodafone and Telesat’s LEO backhaul technology installed at the University of Surrey’s 5G Innovation Centre. Test results confirmed a network reaction time (round trip latency) of 18-40 milliseconds, among the lowest ever for a satellite connection. The demonstration also supported video chatting, web browsing and the transferring of 4K video to the edge of the 5G network, demonstrating a key 5G future use case,” Schwartz says.

A Look at OneWeb's Constellation

In February 2019, OneWeb began to assemble its constellation with the successful launch of its first six satellites into LEO orbit, demonstrating high-speed, low latency capabilities in tests conducted throughout the year. The next launch campaign is now underway. Equipment and satellites were flown to Baikonur in Kazakhstan on Dec. 16, 2019, in readiness for launch in early 2020, with regular launches to follow. The first phase of the constellation will have 650 LEO satellites, following which, it will scale to almost 2,000 satellites, ensuring OneWeb is able to meet growing demand. OneWeb satellites are manufactured in Toulouse, France, and Florida by OneWeb Satellites, through its high-volume satellite production process that aims to produce up to two satellites per day.

Once completed, the constellation will provide customers with information superiority, security, and reliability across air, land, and maritime environments, says Dylan Browne, OneWeb president of Government, Business Aviation and Maritime.

“OneWeb’s LEO constellation can also be viewed as a complementary capability to Medium Earth Orbit (MEO) and Geostationary Orbit (GEO) constellations, with the capability to be integrated into legacy and interconnected networks. In 2020, we will be sending more than 30 satellites per launch on a regular basis, to rapidly scale our constellation to begin delivering coverage in the Arctic in late 2020 and global coverage.

Lucienne Coningham Jul 21st, 2021
It's awesome to pay a visit this site and reading the views of all mates regarding this post, while I am also zealous of getting familiarity.

Marjorie Aug 23rd, 2020
Do you mind if I quote a few of your posts as long as I provide credit and sources back to your blog? My website is in the exact same area of interest as yours and my visitors would really benefit from a lot of the information you present here.Please let me know if this alright with you. Thanks a lot!

The Seed Coating Materials Market Is Estimated To Be Valued At US$ 3.41 Billion By 2032 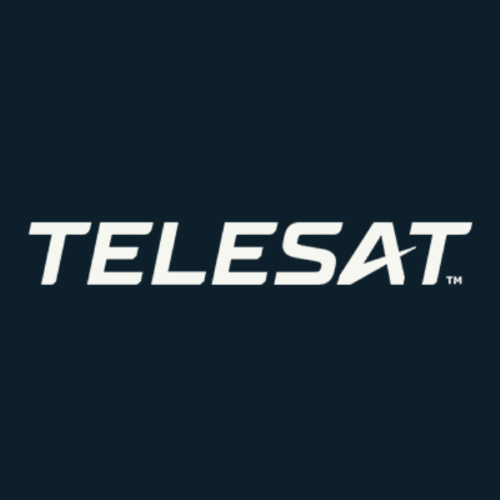 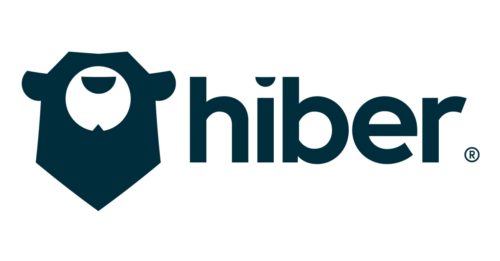 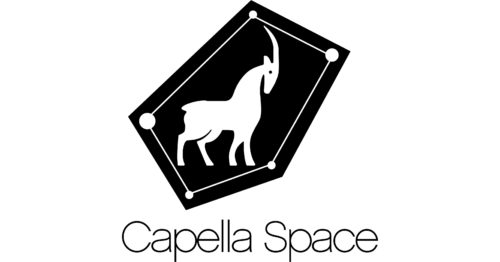 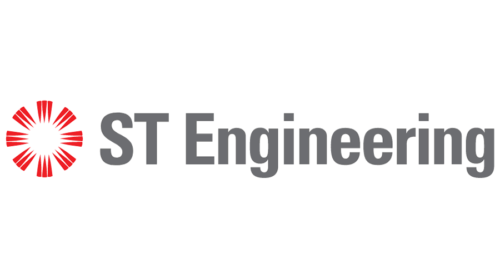 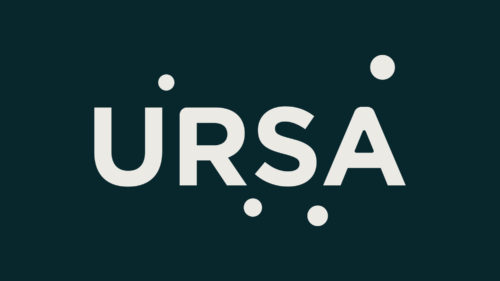 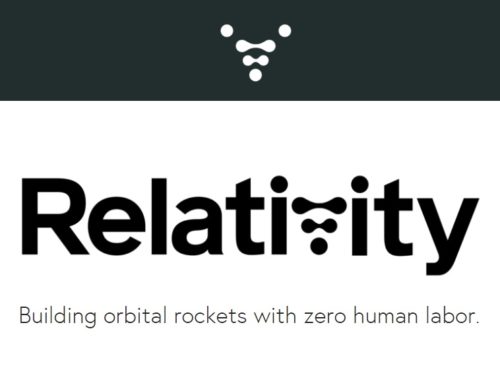